How Resumes Will Be Used in the Future 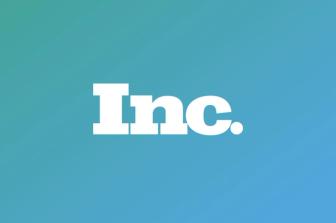 How hiring managers can retain employees and candidates find jobs in the future using artificial intelligence.

Will job seekers and hiring managers use resumes in the future?

Probably. But how resumes are utilized in the future will be very different.

The extinction of resumes has been frequently debated since the dawn of LinkedIn, personal branding, and video resumes. Further calling into question the necessity of resumes was a recent article I wrote about how blockchain will be used to verify the skills , education, experience, and even the references of future job seekers.

How resumes are written and read will change.

“Because how artificial intelligence (AI) reads a resume is much different than how humans read a resume,” says Arran Stewart, Founder and CVO of Job.com , in my recent interview with him .

AI will benefit employers and job seekers by being predictive.

How will predictive AI benefit employers?

After analyzing thousands of resumes, AI will be able to generate specific career blueprints that hiring managers can use to know when an employee is likely to leave a job, be promoted, or expect a pay increase. Retention is improved when informed hiring managers proactively offer incentives to employees. Stewart calls this, “smart retention.”

After analyzing thousands of resumes, AI will be able to generate career maps for individuals. These career maps will inform individuals of other careers or industries they are a fit for, estimated timelines for promotion, or how much money they are likely to make in the future.

In addition, job seekers will need to alter how their resume is written. “Most resumes are written based on what someone has done. AI won’t necessarily deem you relevant if you write in past tense and therefore you won’t get mapped to the appropriate opportunities,” says Stewart. “Resumes must also be aspirational, eluding to the jobs or opportunities people want in the future.”

The changes AI will bring to hiring won’t all be positive.

The biggest risk according to Stewart is “bias,” more specifically gender bias. If AI is analyzing resumes in a field that is historically male-dominated, such as IT, then the predictive analyses will have a gender bias.

“Job.com has a 2021 goal to have equally weighted data pools that AI looks at in order to ensure there isn’t gender bias,” says Stewart.

As AI drastically changes the landscape of hiring for candidates and employers, employers need to be aware of the advantages and pitfalls.

Read the full article at Inc.com