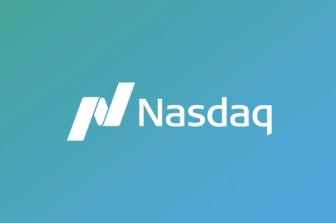 Diversity in the workplace is not only a good thing - it’s essential. A workforce that features a broad swath of individuals from various gender, racial and cultural perspectives greatly increases a company’s capabilities. Employees are the most important ambassadors of an organization and having a mixed group with a broad worldview helps you better connect with potential employees, the consumer and partners globally.

About two years ago, I began looking at the impact of technology on diversity in the workplace, specifically the technology used by most hiring managers to find new employees. While almost every company has paid lip service to “tackling the issue of diversity” within their ranks, the results in real time have been underwhelming. Women still make up only about 10% of total executives, even at companies that generally rank highly in terms of gender diversity among rest of their staff, according to the 2018 Delivering through Diversity Report by McKinsey. Similarly, when checking for ethnic and multicultural diversity, many companies still lag behind in having their executive and staff branches accurately mirror the demographics of the places in which they’re located.

These disparities in representation lead to genuine issues for companies especially when catering to a globalized audience. The penalty for a homogeneous employee base is evident, with McKinsey finding companies that ranked lowest in ethnic and gender diversity 29% more likely to financially underperform when compared to their more mixed counterparts. This shows there’s a dollar amount to be placed on highly valuing a broad mix of perspectives and backgrounds internally.

One of my goals as a leader is to tackle the problem head on, the best way I know how, through recruitment innovation. The machine learning algorithms that currently guide many recruitment systems are heavily biased by their creators and the people before them - a fairly similar group of individuals with similar-ish socioeconomic, racial and educational histories. These creators code the hiring models they build based on what’s familiar to them and what’s already proved successful.

This unconscious bias favors the white male and prioritizes the background and language coding of that population simply due to proximity to its creators' own measure of success. For example, a Canadian employment study found individuals with non-Anglo sounding Asian names were 20-40% less likely to get a call back than their Anglo counterparts. Issues like this tend to implicate the software itself, which uses a narrow dataset to establish suitability for candidates to shortlist thereby perpetuating the same patterns that keep workplaces homogenous.

To really address the elephant in the room, leaders should hold themselves and their companies accountable for the areas in which they’re lacking, create roadmaps to correct their course and then, most importantly, follow through on the initiatives. In order to implement a successful diversity philosophy in the hiring space, hirers should examine their hiring process including external vendor tools. Leaders need to ask direct questions of vendors, such as is the technology your vendor supplies proprietary? Do vendors use supervised machine learning to make sure instances of unconscious discrimination are reduced? Is there a diverse technology team working on the shortlisting AI? Are there options to anonymize personal information of candidates to remove any potential for bias?

These questions increase transparency and allow leaders to interrogate their partner’s diversity philosophy. If you find your partners lacking in that department, it may be a chance to seek out new partners who bring a fresh perspective to your hiring practices. Small changes like hiring a woman- or minority-owned business can change your candidate pool and signal to employees, investors and other relevant stakeholders that your business is committed to growth and equality - two aspects of social capital increasingly important to the staying in business today.

Internally, executives should examine their own prejudices and preferences and work to eliminate them. Look at the team around you, the people you choose as decision makers and project leaders and be honest about their demographics. If you find your C-suite to be similar, consider making them mentors to underrepresented employees specifically. Invite minority employees to important meetings, ask for their feedback on new company initiatives and place them in positions where their voices can be heard clearly while giving them support to implement their ideas in a meaningful way.

One of employer’s great fears seems to be employees demanding diversity. Many companies react to these calls to action by repressing efforts by employees to demand the company be accountable and have robust commitment to an inclusive workplace. Think of how Amazon and Google publicly reacted to having their inequities presented to the public by their employees. Allowing issues of representation and anti-discrimination to fester just makes it all the more explosive when the bubble bursts. Companies shouldn’t stifle calls to diversify but should embrace them. Combining this philosophy with technology, individuals and oversight that are actively seeking to avoid and reverse bias is the key to moving away from cyclical and insular conversations about representation and towards lasting action.

Read the full article on Nasdaq